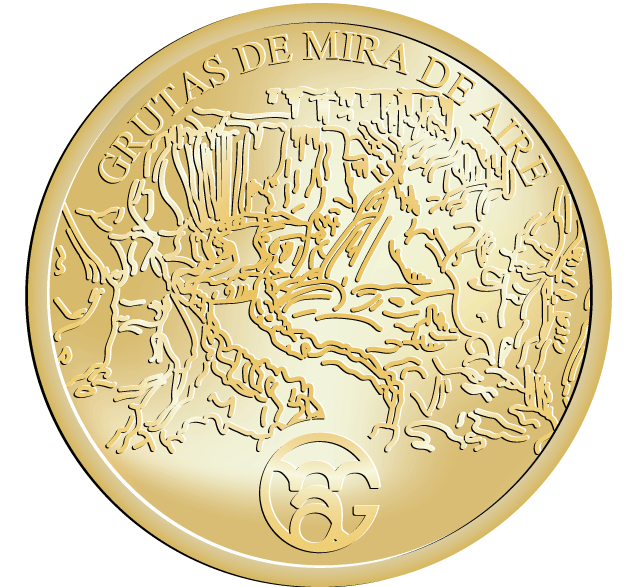 Mira de Aire caves extend for about 10000m, and the visitable area is 600m, with 683 steps along the way. It is Portugal’s largest caves system and the underground tour leads down through a series of colourfully lit caverns with some impressive speleothems. The last cavern, 110m below the surface contains a huge lake with artificial waterfalls and dramatic artificial fountains.