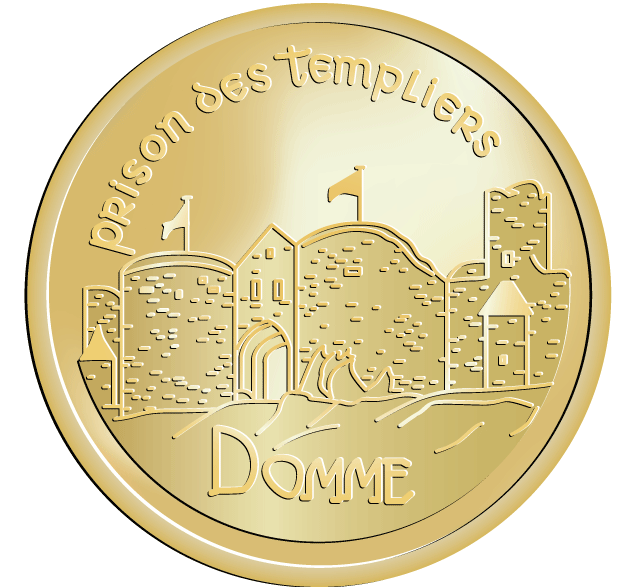 Founded as a stronghold in 1281 by Philip the Bold following his campaign along the Dordogne river, Domme obtained the privilege of minting its own currency. In 1307, the Knight Templars were imprisoned in Domme during the trial against them, of which hundreds of Templar graffiti still bear witness. They used a code system involving series of geometric figures: the octagon represented the Grail, the triangle surmounted by a cross represented Golgatha, the square represented the Temple, and the circle represented the imprisonment. Similar inscriptions (of disputed authenticity) has been found in other towns such as Loches, Gisors, and Chinon.