On Our Way to Compostella? 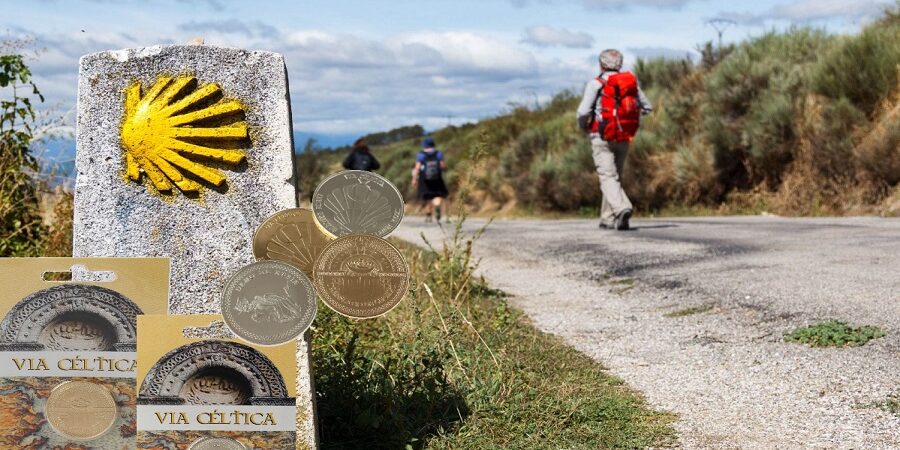 The Via Céltica is a continuation of the Pilgrimage of Compostela which leads to the sanctuaries of Finisterre and Muxía, at the Atlantic coast of Galicia. It also includes a series of passages from the maritime ports of Northwest Galicia to the shrine of the apostle Saint James the Great, in the cathedral of Santiago de Compostela.
This year a new book will be published “Via Céltica: The Ways of Saint James through Santa Comba”, in which the existence of a road from Santiago to Finisterre is claimed by Santa Comba, a town located in the Land of Celtics. Additionally, two special coins are emitted, which were minted to represent the spirit of these now almost forgotten original pilgrimage routes. Two iconic images have been chosen to represent these itineraries. The first coin depicts the Translatio, of the Romanesque church of Santiago de Cereixo. This portal is the oldest stone representation of Saint James arrival to Galicia. The second coin represents the popular Demo de Rubín icon. This demon is part of the sculpted representation of Saint Michael, the Archangel, at the Capilla de Nuestra Señora de la Salud, a chapel as resting stop along the route.