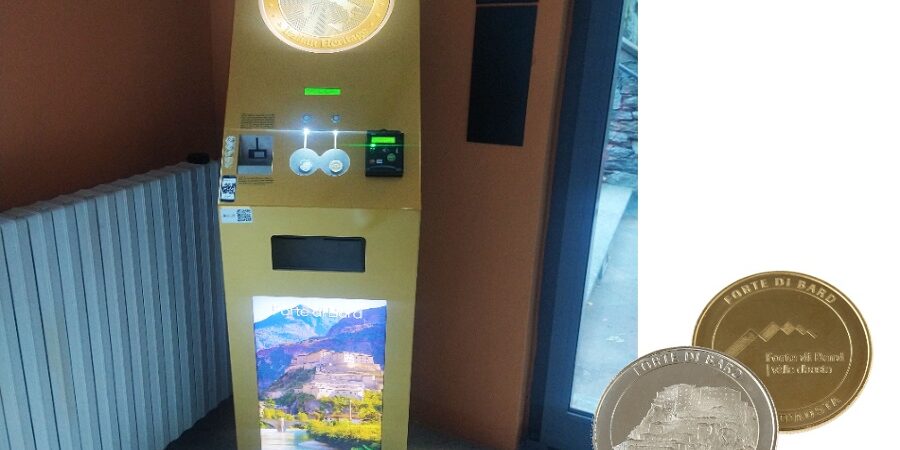 Our Italian collection got another addition – a new machine in “Forte Di Bard” with two beautiful coins.
Dating back to 1034, Bard Fortress dominates the town as the most impressive example of Valle d‘Aosta military architecture. It was built where the Salassi and Romans had already built their fortifications, and in 1241 it was handed over by the Lords of Bard to the Counts of Savoy, who have since then ruled the domain. The fort is linked to Napoleon’s passage and Camillo Benso di Cavour’s stay in the area. After careful restoration, it now hosts the Alpine Museum and various temporary exhibitions.
And now it’s also one of the National Tokens locations!