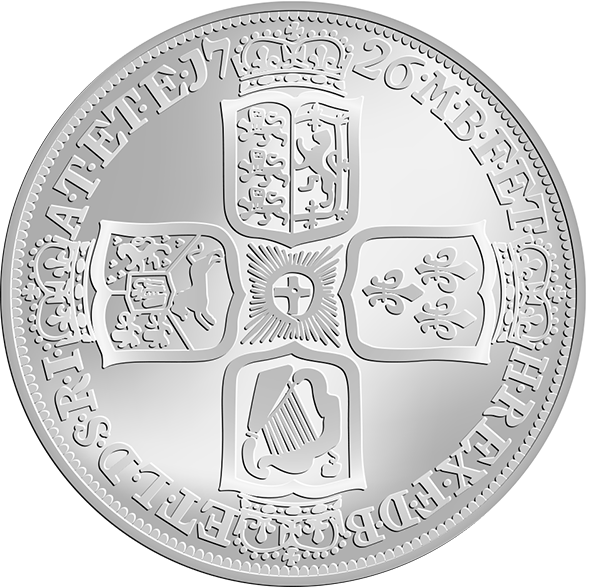 Half-Crown of George II, 1746. The inscription reads GEORGIUS II DEI GRATIA (George II by the Grace of God). The word LIMA under the king’s head signifies that the coin was struck from silver seized from the Spanish treasure fleet off Lima, Peru, during the War of the Austrian Succession.The famous highwayman (thief!) Dick Turpin was executed and buried in York and he is one of the historical characters whose story is told at the York Dungeon.– this George 2nd Shilling is typical of a coin that Dick Turpin may have stolen.