YORK – The Second Seal of the City of York 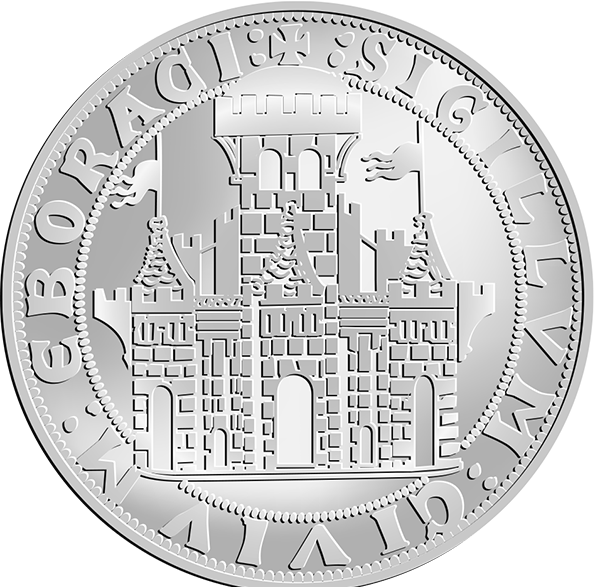 A seal for the recognizance of statute merchant debts was granted to York by the Statute of Acton Burnel (1283). Like the seals of other cities possessing the right bestowed by that Statute the York seal was of two pieces, the larger kept by the mayor, and the lesser kept by the clerk. Until the mid-15th century, if not for longer, the Crown appointed to the clerkship, at first usually during pleasure, but from the mid-14th century more often for life with power to depute.