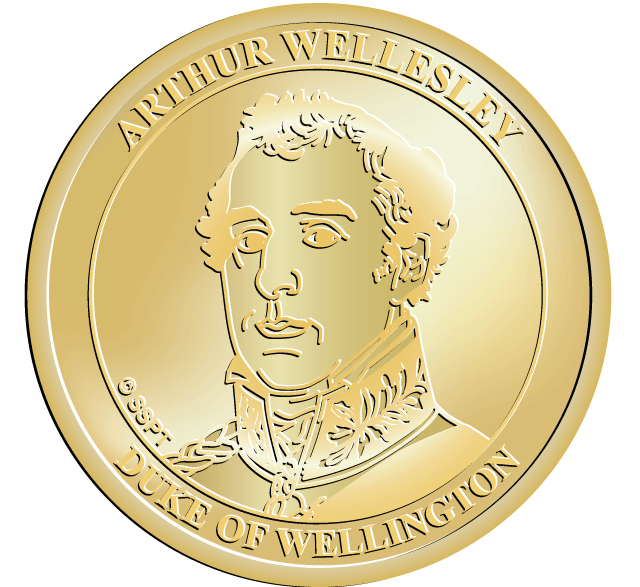 Field Marshal Arthur Wellesley, 1st Duke of Wellington, was one of the leading British military and political figures of the 19th century. Often referred to as ‘The Duke of Wellington’, he led a successful military career during the Napoleonic Wars. Starting his career in 1787 as a commissioned officer in the infantry, before seeing his first action in the Flanders Campaign, Wellesley rose in rank by purchasing his first four commissions, as was common practice in the British Army for wealthy officers. His continued rise in status and fame thereafter was the result of his ability as a commander. Between 1794 and 1815 Wellesley participated in a number of military campaigns where he achieved tactical, strategic, and decisive victories in India and across six countries of western Europe. He faced many of Napoleon’s marshals, but his best known battle was at Waterloo in 1815 where he led an Anglo-Allied force to a decisive victory over Napoleon I.
Coin is available together with coin “Champ de Bataille – 1815”