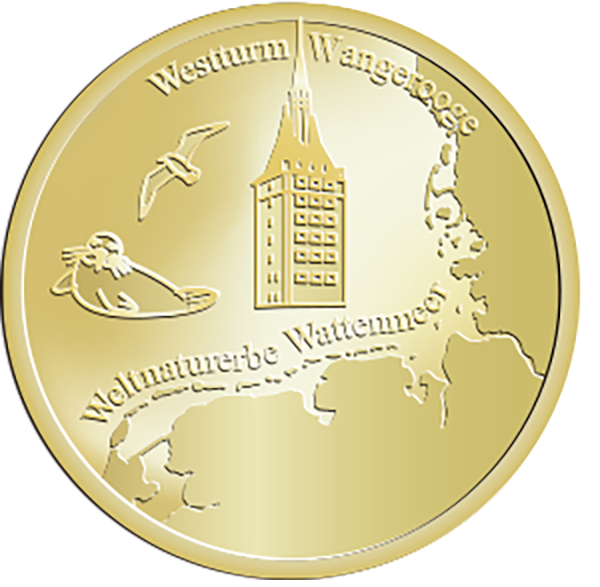 The Western Tower is a landmark of Wangerooge, which can be seen for miles around, has stood at a height of 56 m up on the west end of the island since 1933. It is home to one of the most original youth hostels in Germany. In its basic shape, it is a replica of the old Wangerooge west tower dating from the period around 1600. The old west tower with its walls that are 2.20 m thick in places withstood all the storm tides and for over 300 years up until 1914 it was a striking maritime landmark for ships at sea. Its end came at Christmas in 1914 when it was blown up so that it could not help enemy ships to get their bearings. The old west tower was not built on the site of the present-day verson. Its foundations can still be seen at low tide on a platform opposite Hammer Landschulheim in the north-west corner of the island.