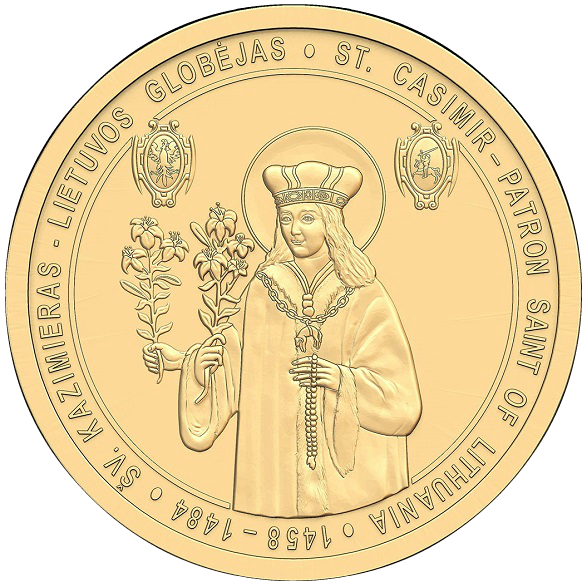 Saint Casimir Jagiellon (October 3, 1458 – March 4, 1484) was a prince of the Kingdom of Poland and of the Grand Duchy of Lithuania. Second oldest son of King Casimir IV, he was tutored by Johannes Longinus, a Polish chronicler and diplomat. After his elder brother Vladislaus was elected as King of Bohemia in 1471, Casimir became the heir apparent. At the age of 13, Casimir participated in the failed military campaign to install him as King of Hungary. He became known for his piety, devotion to God, and generosity towards the sick and poor. He became ill (most likely with tuberculosis) and died at the age of 25. He was buried in Vilnius Cathedral and his cult grew. His canonization was initiated by his brother King Sigismund I the Old in 1514 and the tradition holds that he was canonized in 1521.