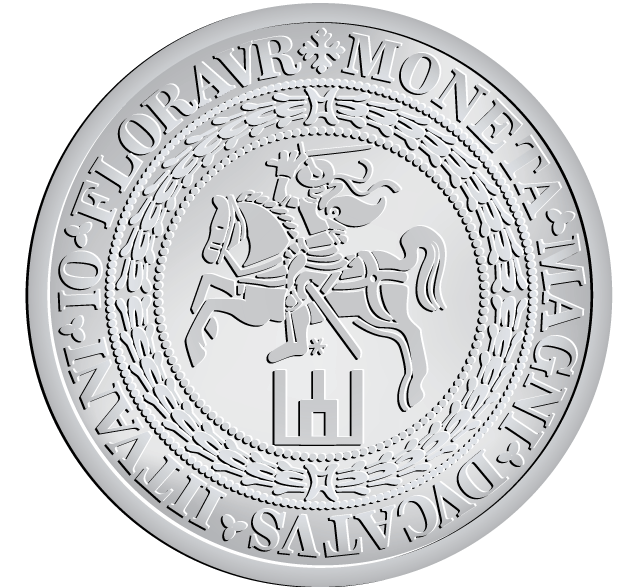 The Grand Duchy of Lithuania was a European state that lasted from the 13th century to 1795, when the territory was partitioned among the Russian Empire, the Kingdom of Prussia and Austria.
The state was founded by the Lithuanians, one of the polytheistic Baltic tribes from Aukštaitija.
The Grand Duchy expanded to include large portions of the former Kievan Rus’ and other Slavic lands, including what is now Belarus and parts of Ukraine, Poland and Russia. At its greatest extent, in the 15th century, it was the largest state in Europe. It was a multi-ethnic and multi-confessional state, with great diversity in languages, religion and cultural heritage.
Coin is available at Valdovu Rumu Museum