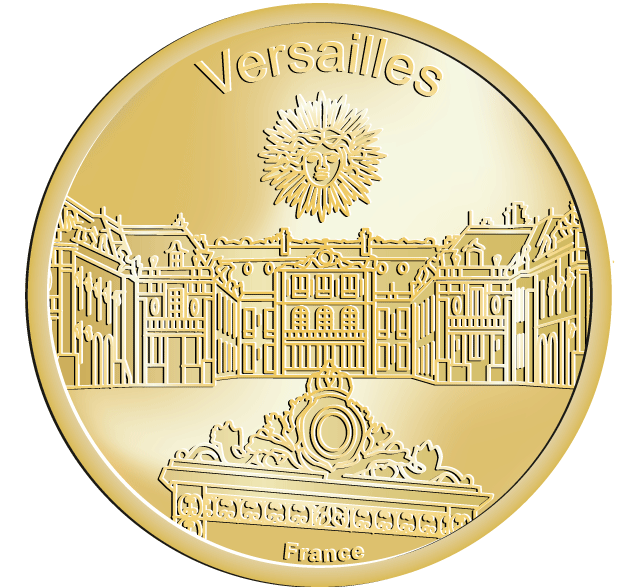 The Château de Versailles, which has been on UNESCO’s World Heritage List for 30 years, is one of the most beautiful achievements of 18th-century French art. The site began as Louis XIII’s hunting lodge before his son Louis XIV transformed and expanded it, moving the court and government of France to Versailles in 1682. Each of the three French kings who lived there until the French Revolution added improvements to make it more beautiful. You enter the palace through the inner Marble Courtyard of the Palace of Versailles. The Marble Courtyard is the same size as the courtyard of Louis XIII’s original little chateau. The balcony in the center leads into the King’s bedchamber. The clock on the pediment was set to the hour of the preceding King’s death for Louis XIV in 1715 and Louis XV in 1774.