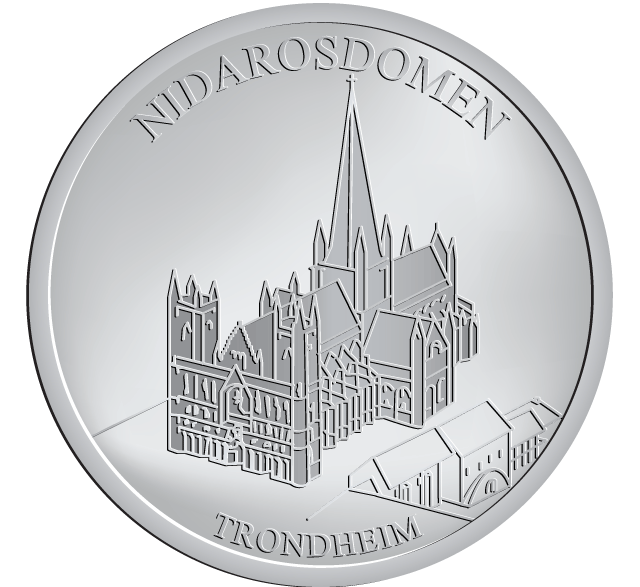 Nidaros Cathedral (Nidarosdomen), considered the most significant church of Norway, is located in Trondheim. Work on the cathedral started in 1070, and was finished sometime around the year 1300. The cathedral was badly damaged by fire in 1327 and 1531, and burned down except for the stone walls in 1708. It was struck by lightning in 1719, and was again ravaged by fire.Major rebuilding of the cathedral started in 1869, initially led by architect Heinrich Ernst Schirmer, and was officially finished in 2001. Restoration of the cathedral is an ongoing process. Two large organs are installed in the Cathedral. The main organ was built by the Steinmeyer firm in 1930, and was erected in the north transept. It then had 125 stops. In 1962, the organ was heavily rebuilt and moved to the west nave. Many stops were removed; some of them were used to build a new choir organ. In 1993-1994, the old Baroque organ built by Johann Joachim Wagner in 1738-1740 was carefully restored by Jürgen Ahrend. It has 30 stops, and is located at a gallery in the north transept.