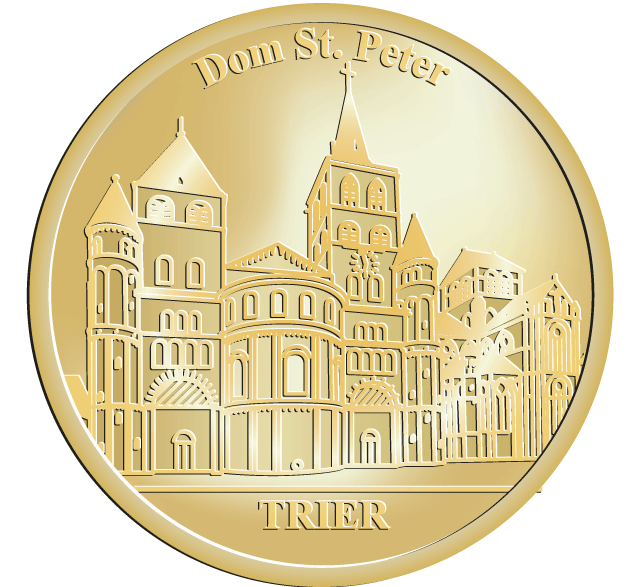 The High Cathedral of Saint Peter in Trier or Trier Cathedral is a Roman Catholic cathedral in Trier, Rhineland-Palatinate, Germany. It is the oldest church in Germany and the largest religious structure in Trier, notable for its long life span and grand design. The central part of the nave was built of Roman brick in the early fourth century, resulting in a cathedral that was added onto gradually in different eras. The imposing Romanesque westwork, with four towers and an additional apse, has been copied repeatedly. The Trier Cathedral Treasury contains an important collection of Christian art. In 1986 the church was listed as a UNESCO World Heritage Site, as part of the Roman Monuments, Cathedral of St. Peter and Church of Our Lady in Trier.
Coin is available together with Porta Nigra.