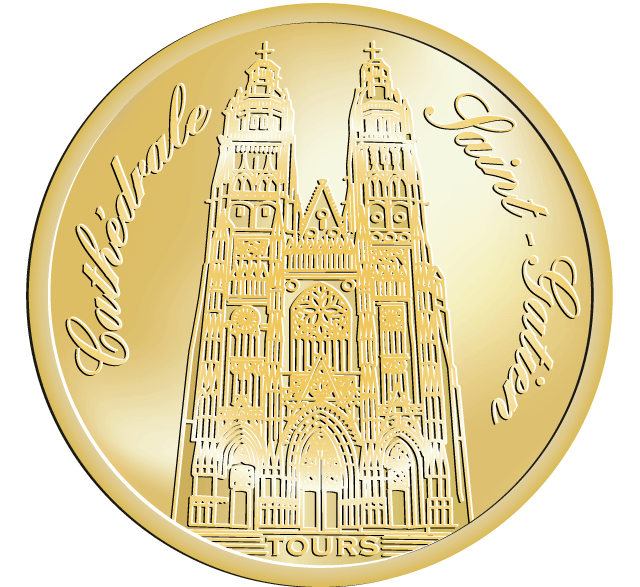 The cathedral of Tours, dedicated to Saint Gatien, its canonized first bishop, was begun about 1170 to replace the just-started cathedral that was burnt out in 1166, during the quarrel between Louis VII of France and Henry II of England. Work proceeded at a leisurely pace through the centuries until 1547. The lowermost stages of the west towers belong to the 12th century, but the rest of the west end is in the profusely detailed Flamboyant Gothic of the 15th century, completed just as the Renaissance was affecting less traditional patrons than bishops, in the pleasure chateau of Touraine. Inside the triple-naved church, building proceeded as always from the sanctuary and choir, with some of the finest stained glass (13th century), and worked pier by pier down the nave: the choir is 13th century; the transept and east bays of the nave are 14th century; a cloister on the north is contemporary with the facade.