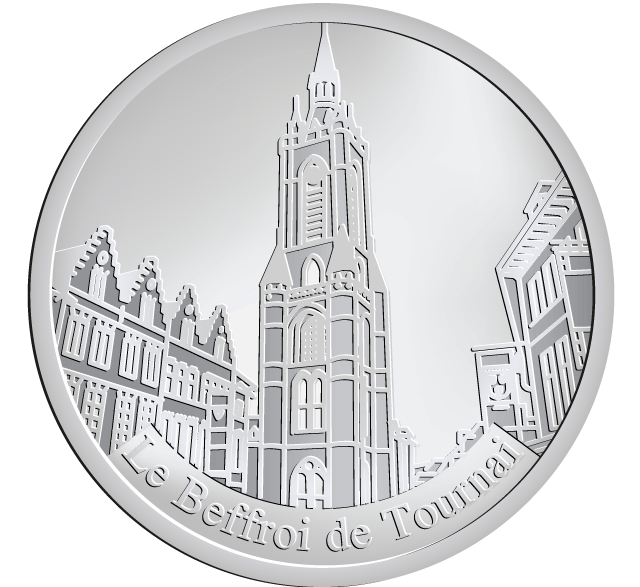 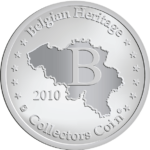 The belfry (French: beffroi) of Tournai, Belgium, is a freestanding bell tower of medieval origin, 72 metres in height with a 256-step stairway. This landmark building is one of a set of belfries of Belgium and France registered on the UNESCO World Heritage List.Construction of the belfry began around 1188 when King Philip Augustus of France granted Tournai its town charter, conferring among other privileges the right to mount a communal bell to ring out signals to the townsfolk.The tower in its original form was evocative of the feudal keep, with a square cross section and crenelated parapet. It served in part as a watchtower for spotting fires and enemies. The growing city saw fit to expand the belfry in 1294, raising it by an additional stage, and buttressing its corners with four polygonal towerlets. A soldier statue was placed atop each towerlet, and a dragon icon surmounted the entire structure. The dragon, symbol of power and vigilance, also adorns other old tower tops in Belgium, including those of the Cloth Hall of Ypres and the belfry of Ghent.