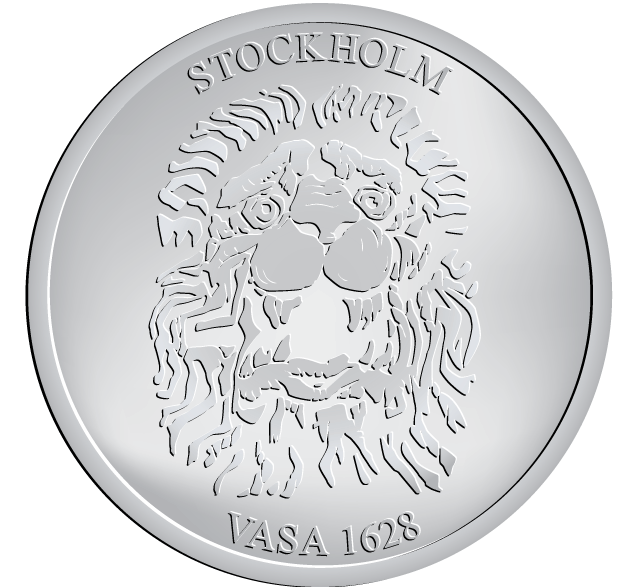 The Vasa must have been a spectacular sight when she set sail on her maiden voyage. A grand and fearsome ship, with lots of cannons, she was covered in brightly painted carvings of gods, demons, kings, knights, mermaids, and animals. A roaring lion, the Swedish king’s symbol, jutted from the bow, and lions leered from the gunport lids. In 1956, Anders Franzén thought of the possibility of recovering wrecks from the Baltic waters, because he figured that these waters were free from the shipworm Teredo navalis. He started looking for Vasa and found her in an upright position at a depth of 32 meters. Already in February 1959, 4,000 objects from the Vasa were exhibited in the National Maritime Museum.The ship’s giant figurehead, the Vasa lion, was brought up in August of 1959. It was made of linden wood, built in sections, deeply carved mane with gold leaf. It was very special and became the mascot of the salvage project.