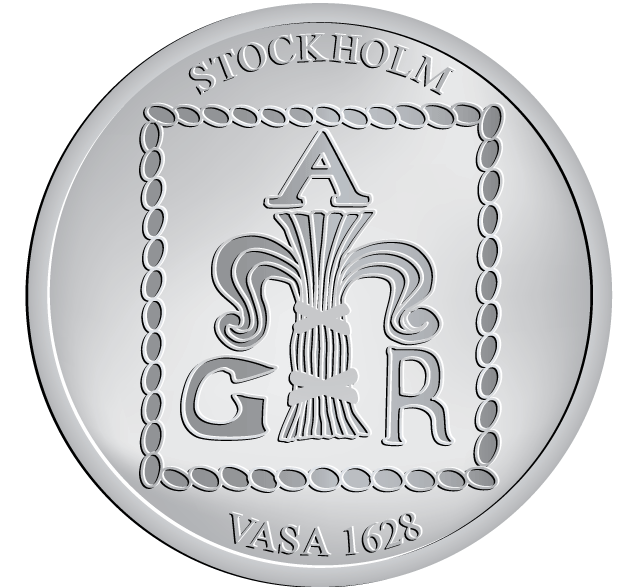 Among the thousands of ancient coins found on the VASA were square-cut copper pieces, called ‘klippings’. The letters G A R stand for GUSTAVUS ADOLPHUS REX (King Gustavus Adolphus). The sheaf of grain is the crest of the royal Vasa dynasty, after wich the ship was named.The House of Vasa was the Royal House of Sweden (1523-1654) and also of Poland (1587-1668), and the name continues to be associated with the Swedish royalty.