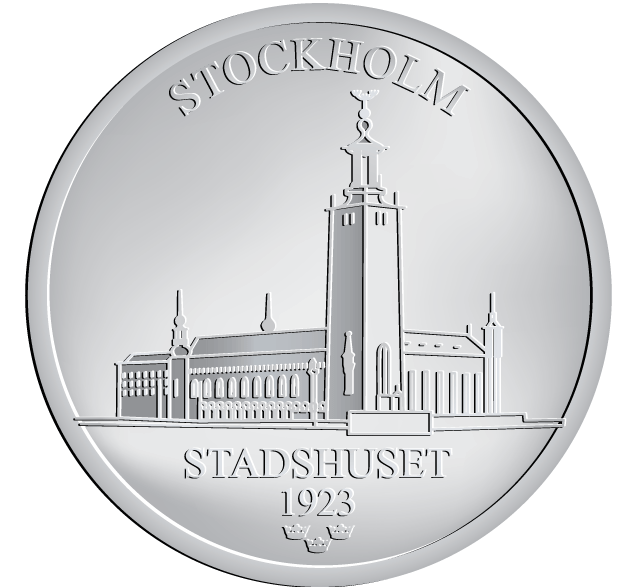 The Stockholm City Hall is the building of the Municipal Council for the City of Stockholm in Sweden, located on the island of Kungsholmen.The building was designed by architect Ragnar Östberg, and built between 1911 and 1923. Consisting of eight million red bricks the building is centered on two large squares, an outer yard and an indoor hall. The indoor hall was originally intended to be in blue, and is also called the ‘Blue Hall’, or Blå hallen, despite the fact that Östberg changed his mind and decided to keep the red bricks, because he found the colour more beautiful. The Blue Hall is perhaps best known as the dining hall used for the banquet held after the annual Nobel Prize award ceremony. The organ in the Blue Hall is with its 10,270 pipes the largest in Scandinavia. At the top of the 106 m tall tower the Three Crowns are visible, an old national symbol that is also present in the Coat of Arms of the Realm of Sweden.