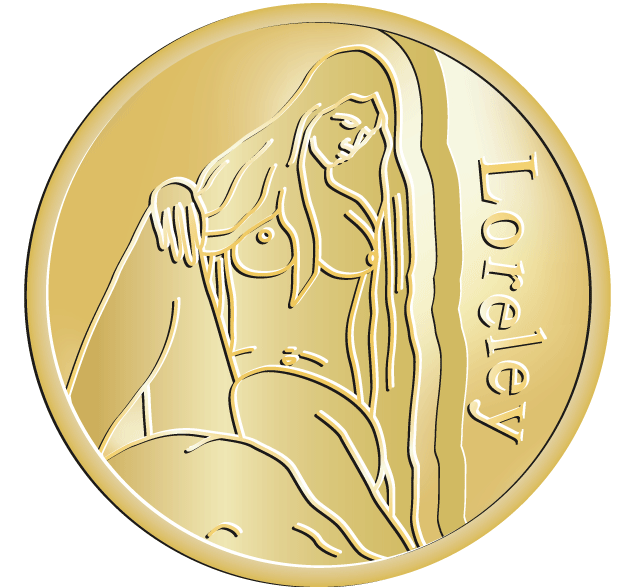 The Loreley is a rock in the Rhine near St. Goarshausen, which soars some 120 meters above the water line. It marks the narrowest part of the river between Switzerland and the North Sea. The name comes from the old German words ‘lureln’ (Rhine dialect for ‘murmuring’) and ‘ley’ (rock). The translation of the name would therefore be: ‘murmur rock’ or ‘murmuring rock’. The heavy currents, and a small waterfall in the area (still visible in the early 19th century) created a murmuring sound, and this combined with the special echo the rock produces which acted as a sort of amplifier, then gave name to the rock itself.The rock is associated with several legendary tales originating in German folklore. It appears in many forms, but is best known through a poem by Heinrich Heine that begins ‘Ich weiss nicht was soll es bedeuten’ (‘I don’t know what to make of it’). In the most common form of the story, the Loreley is a maiden who threw herself into the Rhine in despair over a faithless lover, and became a nixe whose voice lured fishermen to destruction.