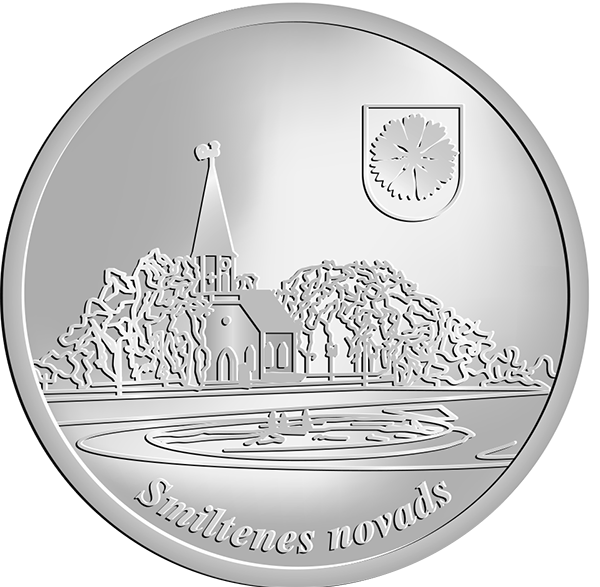 Smiltene district is one of the most densely forested places in Latvia. It is also one of the most Latvian regions, not only in terms of the population, but also in terms of Latvian identity and strengthening the sense of belonging by honoring and nurturing ancient cultural traditions of Smiltene district through the always active cultural life – folk dances, choir singing, drama and crafts, as well as active sports life – autocross, cycling marathons, orienteering and much more. Cultural and historical heritage, traditions, craft skills constitute a Latvian environment, which is one of the most important values of the district. Smiltene district emblem portrays a blue cornflower with nine petals on a gold background. The flower symbolizes all regions – Smiltene city and eight surrounding parishes – Bilska, Blome, Branti, Grundzâle, Launkalne, Palsmane, Smiltene and Variòi.The total area of the Smiltene district is 946,1 km2. The population – 13385 (on January 1, 2015). Administrative center of the district is the city of Smiltene.