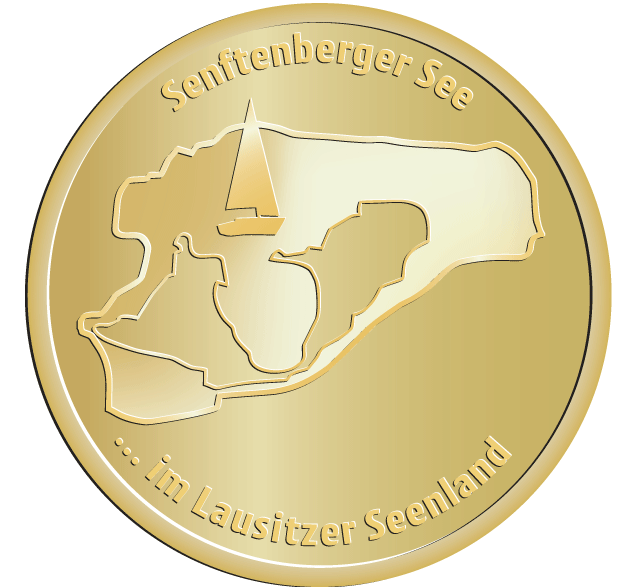 Lake Senftenberg is an artificial lake in Landkreis Oberspreewald-Lausitz, Brandenburg, Germany. It is located in the Lusatian Lake District, a chain of artificial lakes. The lake is located on the border of Lower and Upper Lusatia between the southern Brandenburg city of Senftenberg and its districts Niemtsch and Großkoschen. Lake Senftenberg is one of the largest artificial lakes in Germany with an area of 1300 hectares.
The lake was created by the flooding of the former opencast lignite mine of Niemtsch by the Black Elster from 15 November 1967 to November 1972.
The flooding rate was initially at up to 60 cubic metres per minute (2,100 cu ft/min). To shorten the filling time, another flood channel was opened 40 metres (130 ft) away from the first channel in May 1968. Melt water and rain water meant that the flooding rate increased to up to 140 cubic metres per minute (4,900 cu ft/min).
Since the commissioning of the first beach section in 1973, the lake has enjoyed great popularity as a recreational area with holidaymakers, bathers, surfers and sailors. Of a total of 18 kilometres (11 mi) of shoreline, 7 kilometres (4.3 mi) are considered to be beaches.