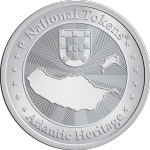 Formed 890 thousand years ago, these are among the first caves of volcanic origin to be opened to the public in Portugal.
The São Vicente Caves were formed 890 thousand years ago by a volcanic eruption, which occurred in Paul da Serra. The outer part of the lava that was exposed to lower temperatures, solidified rapidly while the inside remained liquid with lots of gases, forming a series of lava tubes.
The caves were first reported in 1885 by locals, and opened to the public on October 1st, 1996.
They were among the first volcanic caves to be opened to the public in Portugal and may be visited by following an underground route running for over 1,000 m. The height of the caves varies between 5 and 6 metres.