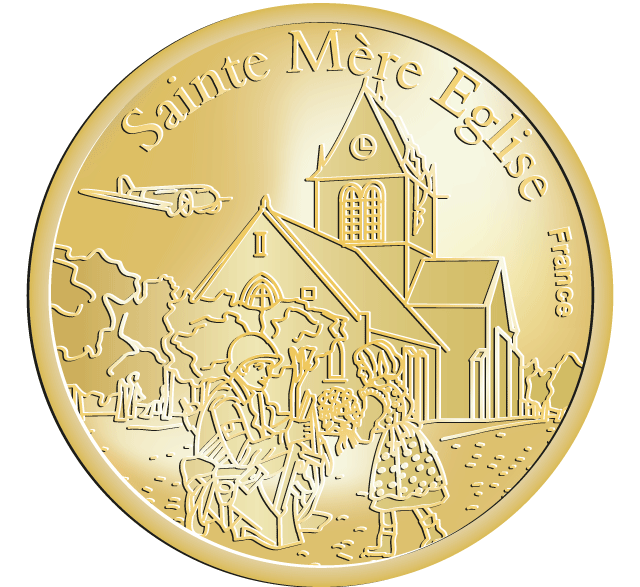 The town’s main claim to fame is that it played a significant part in the World War II Normandy landings because this village stood right in the middle of route N13, which the Germans would have most likely used on any significant counterattack on the troops landing on Utah and Omaha Beaches. In the early morning of 6 June 1944 mixed units of the U.S. 82nd Airborne and U.S. 101st Airborne Divisions occupied the town in Operation Boston, giving it the claim to be one of the first towns liberated in the invasion.The early landings, at about 0140 directly on the town, resulted in heavy casualties for the paratroopers. Some buildings in town were on fire that night, and they illuminated the sky, making easy targets of the descending men. Some were sucked into the fire. Many hanging from trees and utility poles were shot before they could cut loose. The German defenders were alerted.A famous incident involved paratrooper John Steele of the 505th PIR, whose parachute caught on the spire of the town church, and could only observe the fighting going on below. He escaped capture by feigning death until the town was taken the next day. The incident was portrayed in the movie The Longest Day.