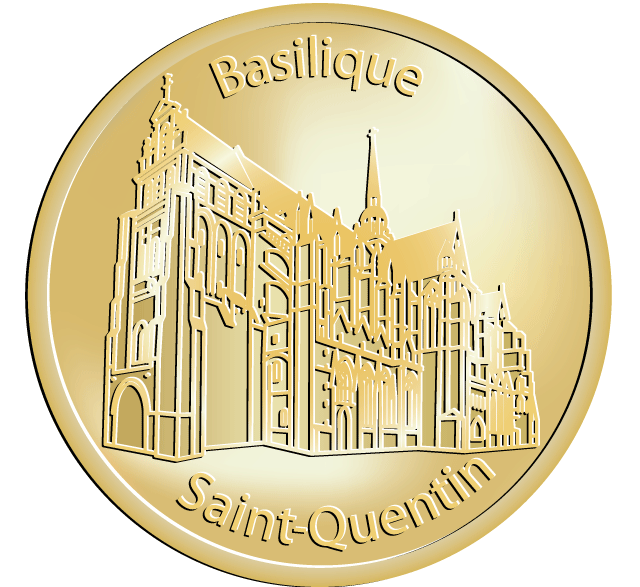 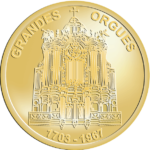 The Basilica of Saint-Quentin (Basilique Saint-Quentin), formerly the Collegiate Church of Saint-Quentin is a Catholic church in the town of Saint-Quentin, Aisne, France. There have been religious buildings on the site since the 4th century AD, which were repeatedly destroyed and rebuilt during the Early Middle Ages. The present basilica was constructed in stages between the 12th and 15th centuries. It was severely damaged in World War I, and was only reopened in 1956 after extensive reconstruction.
The town of Saint-Quentin has been identified with the Roman city of Augusta Veromandurorum, a commercial center at an important crossroads. It takes its present name from the Christian missionary Saint Caius Quintinus, who was beheaded there in 287 AD. Legend says the body was found many years later in the nearby marches of the River Somme by a Roman widow named Eusebia. She reburied the remains at the top of the hill at the center of the present town and built a small shrine to the martyr. Excavations round the crypt of the present church have indeed found traces of a building from this date.