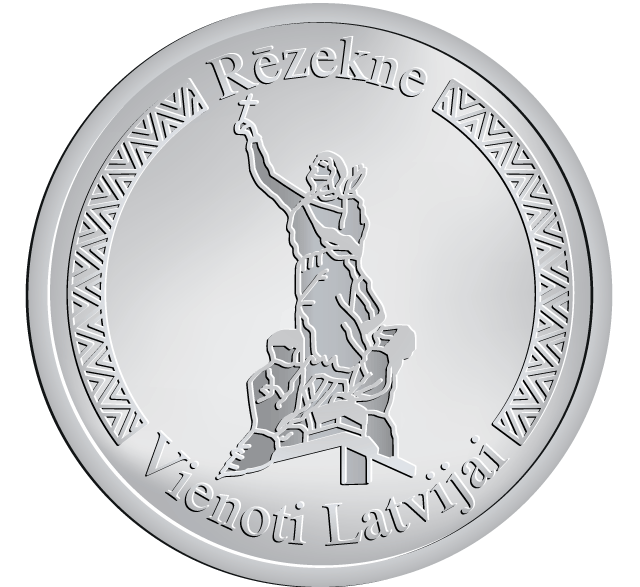 In the very heart of Latgale region lies the city Rezekne which is situated at the point where fields and lakes are interlaced with the networks of highways and railways. The city represents the educational and cultural center of Latgale, where the growing number of modern buildings co-exists in harmony with the towers of centuries-old churches. Many languages of different nations are spoken at this place, however the ringing bells are heard only in one common language – the language of faith and humanity. The monument “United for Latvia” (often called as “Latgale’s Māra”) is the most recognizable symbol of Rezekne. It reflects the idea of the nation’s efforts to build and protect their country. The monument had been demolished several times, but it was rebuilt again and again; it has something in common with the destiny of the Republic of Latvia. Latgalian maiden, holding high a golden cross in her hand, embodies the existing faith and power of Latvian nation.