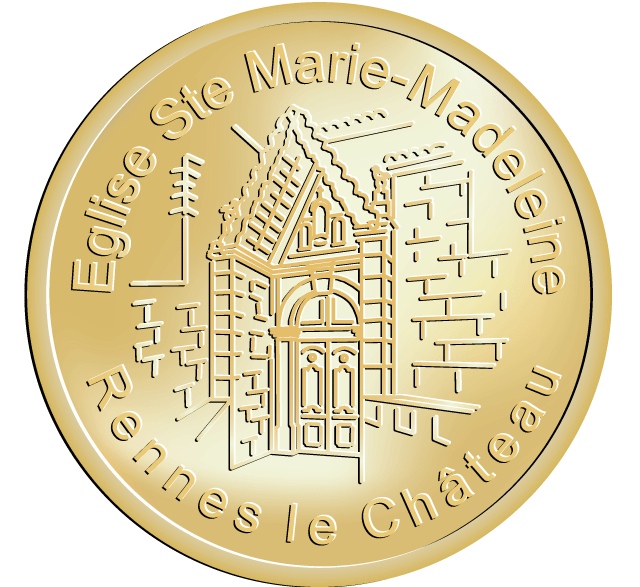 The Sainte Marie-Madeleine church in Rennes has an extremely complex history, having been rebuilt several times. The earliest church of which there is any evidence on the site may date to the 8th century. However, this original church was almost certainly in ruins during the 10th or 11th century, when another church was built upon the site – remnants of which can be seen in Romanesque pillared arcades on the north side of the apse. This survived in poor repair until the 19th century, when it was renovated by the local priest, Bé renger Saunière. The source of Saunière’s funds at the time was controversial and some of the additions to the church appear unusual to modern eyes. One of the new features was an inscription above the front door: Terribilis est locus iste (This is a place of awe). Inside the church, one of the added figures was of a devil holding up the holy water stoup, a rare, though not unheard of addition to a French church. The figures and statues chosen by Saunière were not specially made, but were chosen by Saunière from a catalogue published by Giscard, sculptor and painter in Toulouse who – among other things – offered statues and sculptural features for church refurbishment.