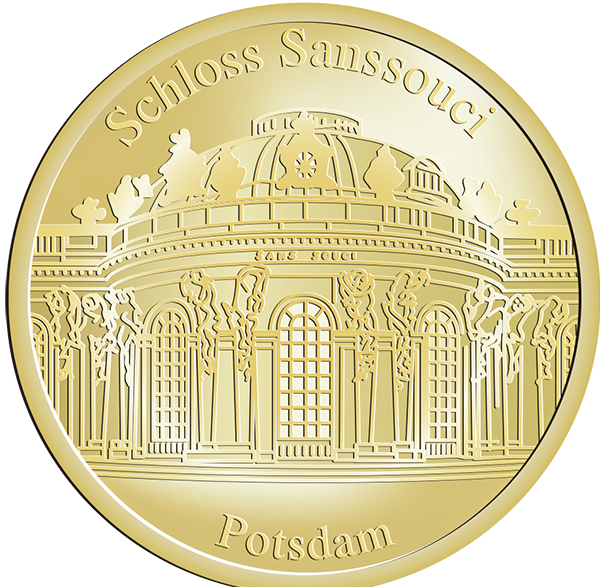 Sanssouci is the former summer palace of Frederick the Great, King of Prussia, in Potsdam, near Berlin. It is often counted among the German rivals of Versailles. While Sanssouci is in the more intimate Rococo style and is far smaller than its French Baroque counterpart, it too is notable for the numerous temples and follies in the park. The palace was designed by Georg Wenzeslaus von Knobelsdorff between 1745 and 1747 to fulfil King Frederick’s need for a private residence where he could relax away from the pomp and ceremony of the Berlin court. This is emphasised by the palace’s name: a French phrase (sans souci) which translates loosely as ‘without worries’ or ‘carefree’ symbolising that the palace was a place for relaxation rather than a seat of power. Because of a disagreement about the site of the palace in the park, Knobelsdorff was fired in 1746. Jan Bouman, a Dutch architect, finished the project.During the 19th century, the palace became a residence of Frederick William IV. He employed the architect Ludwig Persius to restore and enlarge the palace, while Ferdinand von Arnim was charged with improving the grounds and thus the view from the palace. The town of Potsdam, with its palaces, was a favourite place of residence for the German imperial family until the fall of the Hohenzollern dynasty in 1918.