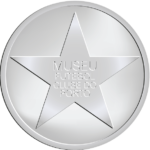 The Estádio do Dragão, Dragon Stadium, is an all-seater football stadium located in Porto, Portugal. It is the current home stadium of FC Porto with a capacity of 50,033, making it the third largest football stadium in Portugal.
Designed by Portuguese architect Manuel Salgado, the infrastructure was constructed to replace Porto’s previous stadium, the Estádio das Antas, along with becoming one of the host venues for the UEFA Euro 2004 tournament finals. The inauguration took place on 16 November 2003 with a friendly match against Barcelona, setting an attendance record of 52,000 spectators.
A UEFA category four stadium, it has held several international club competition and national team matches, receiving some of the Euro 2004 matches and the 2019 UEFA Nations League Final. It has also been selected to host the upcoming 2020 UEFA Super Cup.