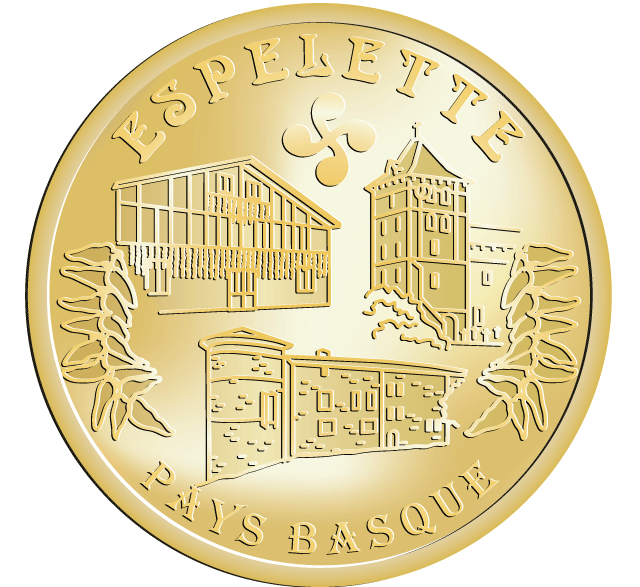 Espelette is a commune in the Pyrénées-Atlantiques department in south-western France. It lies in the traditional Basque province of Labourd, nearby the mountains and 20 minutes drive from the Basque coast. Espelette is known for its dried red peppers, used whole or ground to a hot powder, used in the production of Bayonne ham. The peppers are designated as Appellation d’Origine Contrôlée and are hung to dry outside many of the houses and shops in the village during the summer. The peppers are sold in the town’s Wednesday covered market and are honoured in a festival on the last Sunday in October.