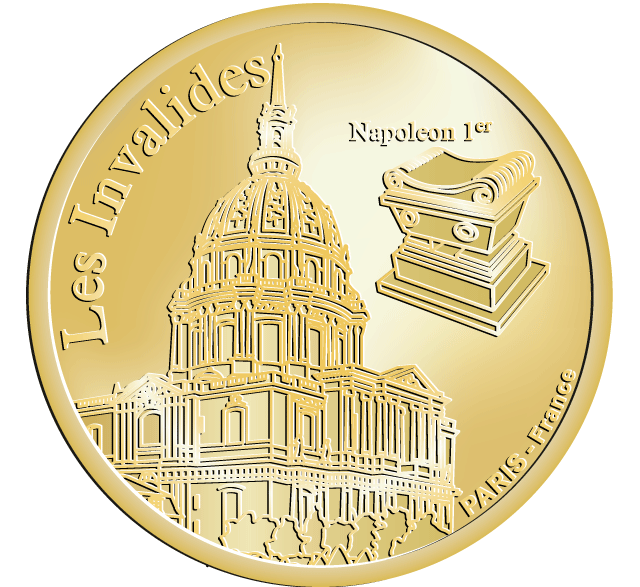 The Invalides were created under Louis XIV to come to the aid of old soldiers who had been forced into either panhandling or subsiding on church charity. So the institution of the Invalides was created in 1670 and quickly became home to a number of wounded soldiers. The plans were carried out by Libéral Bruant, and construction was finished in 1676. The dome crowning the church is the work of Jules Hardouin-Mansart, and is a perfect symbol of the splendor Louis XIV wanted under his reign. Les Invalides consists of a complex of buildings in the 7th arrondissement, now containing museums and monuments, all relating to France’s military history, as well as a hospital and a retirement home for war veterans, the building’s original purpose. It is also the burial site for some of France’s war heroes. Les Invalides is also the burial site for some of Napoleon’s family, for several military officers who served under him, and other French military heroes.