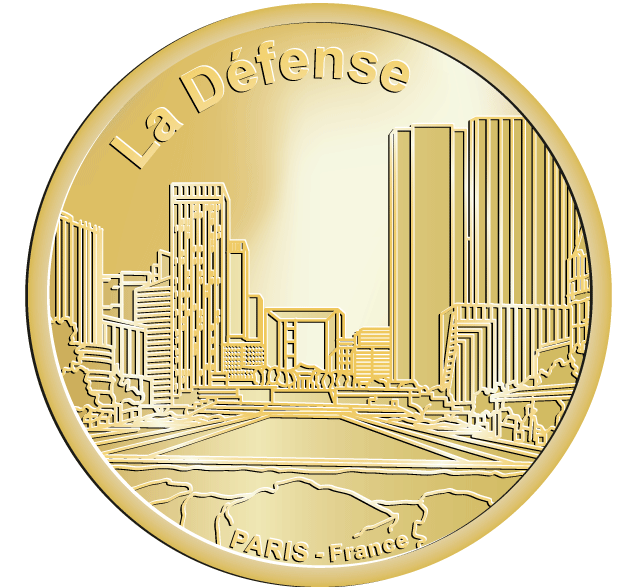 La Défense is named for the statue, La Défense de Paris, which was built in 1883 to commemorate the soldiers who had defended Paris during the Franco-Prussian War. Today La Défense is a modern business district on the outskirts of Paris with some 150.000 corporate employees, 20.000 residents, a huge shopping mall, and the world’s largest public-transportation center. La Défense offers splendid architecture including the Cnit exhibition center and the Grande Arche.