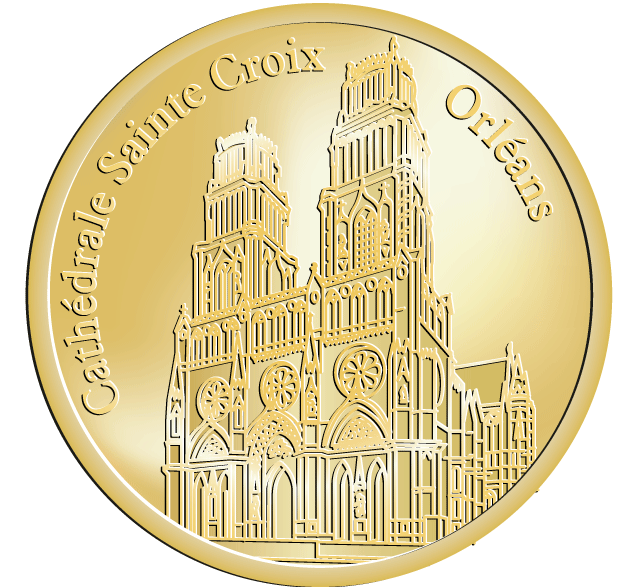 The greatest part of the cathedral of Orléans dates from the 17th and 18th centuries, but was built in Gothic style. This was because King Henri IV and his successors wanted the architects to imitate the earlier building, which had been damaged by the Protestants in 1568.Begun in 1601, construction was only completed in 1829. Famous architects worked on the church, including Etienne Martellange in the 17th century and Jacques V Gabriel and Louis-François Trouard in the 18th century. The stalls and the choir enclosure were designed by Gabriel in 1702. The cathedral treasury has a painting of Christ Carrying the Cross by Zurbaran.