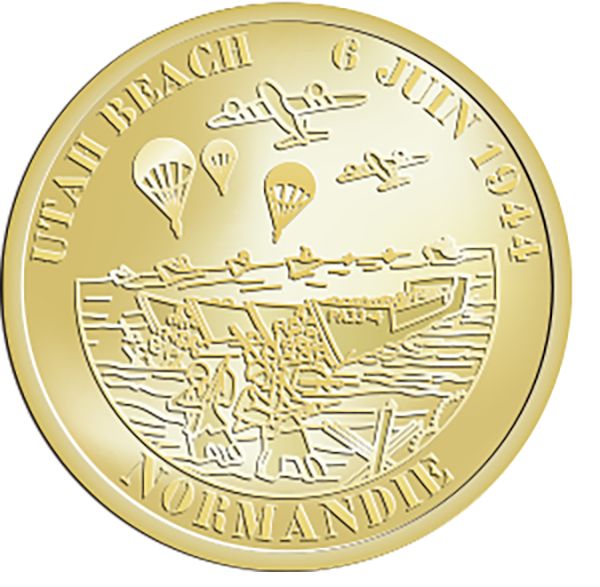 Utah Beach was the code name for one of the five sectors of the Allied invasion of German-occupied France in the Normandy landings on June 6, 1944, during World War II. The westernmost of the five landing beaches, Utah is on the Cotentin Peninsula, west of the mouths of the Douve and Vire rivers. Amphibious landings at Utah were undertaken by United States Army troops, with sea transport and naval artillery support provided by the U.S. Navy and elements of the British Royal Navy.