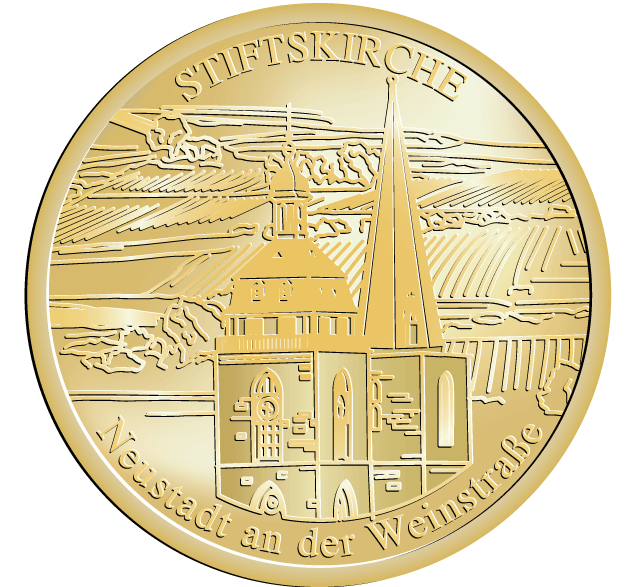 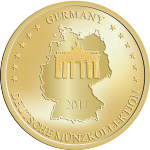 The city of Neustadt an der Weinstraße in Rhineland-Palatinate has a beautiful old town centre with a market square surrounded by many half-timbered houses. Neustadt’s most famous landmark is the imposing twin-towered Stiftskirche that towers over the city and the surrounding vineyards. This gothic building is a so-called ‘Double Church’, a church with two separated spaces for different beliefs. Most Double Churches were built in the 11th and 12th century in Germany after the Reformation. In 1714, due to continuous friction between Catholics and Protestants, a separation wall was built inside the church. The wall still stands today.The Stiftskirche possesses one of the largest cast steel bells in the world: the ‘Imperial Bell’ with a diameter of 3,21m and a weight of 4000kg. Not to forget the 800 kg clapper.