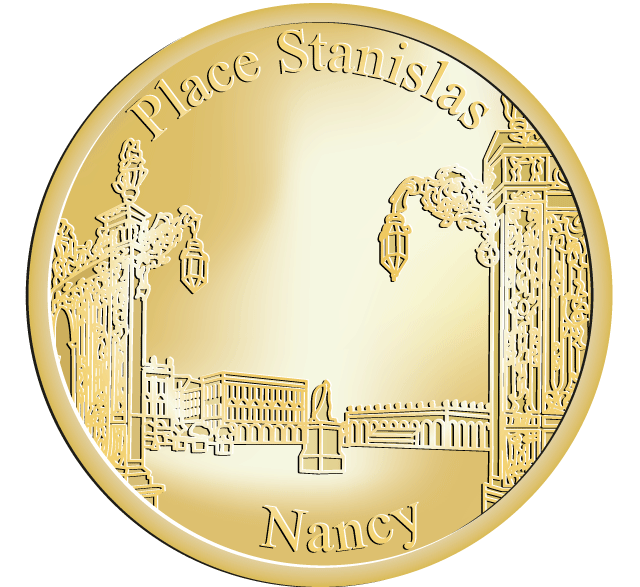 Up to the middle of the 17th century the Old Town and the New Town of Nancy were separated by a vast esplanade. Stanislas Leszczynski an exiled king of Poland who had became Duke of Lorraine in 1737, planned to create a square intended to honour and glorify his son-in-law Louis XV of France. The foundation stone of the first building in the square was officially laid in March 1752 and the royal square solemnly inaugurated in November 1755. At the beginning a bronze statue of Louis XV in the uniform of a roman general, the work of two sculptors Guibal and Cyfflé, decorated the centre of the square. The statue along with surrounding allegorical figures disappeared during the French Revolution and it was only in 1851 that a new statue, this time of Stanislas, was erected in its place.