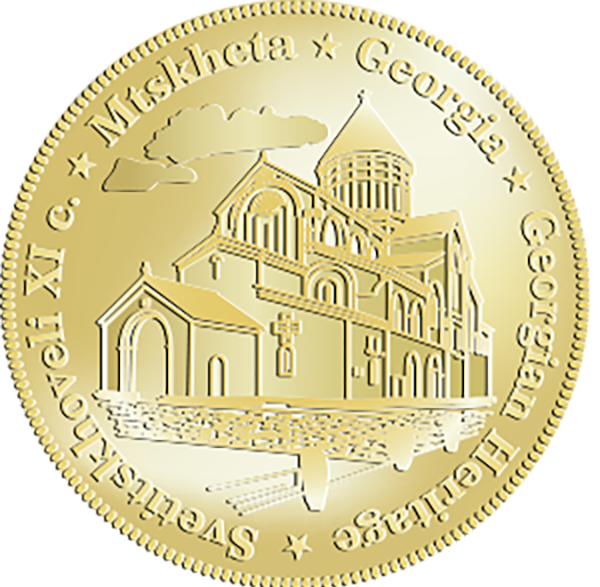 Svetitskhoveli Cathedral is a Georgian Orthodox cathedral located in the historical town of Mtskheta, Georgia, 20 km (12 mi) northwest of the nation’s capital of Tbilisi. Svetitskhoveli, known as the burial site of Christ’s mantle, has long been the principal Georgian church and remains one of the most venerated places of worship to this day. It presently functions as the seat of the archbishop of Mtskheta and Tbilisi, who is at the same time Catholicos-Patriarch of All Georgia. The current cathedral was built in the eleventh century by the architect Arsukisdze, though the site itself is even older dating back to the early fourth century and is surrounded by a number of legends associated primarily with the early Christian traditions. It is the second largest church building in the country, after the recently consecrated Holy Trinity Cathedral of Tbilisi, and is listed as an UNESCO World Heritage Site along with other historical monuments of Mtskheta.