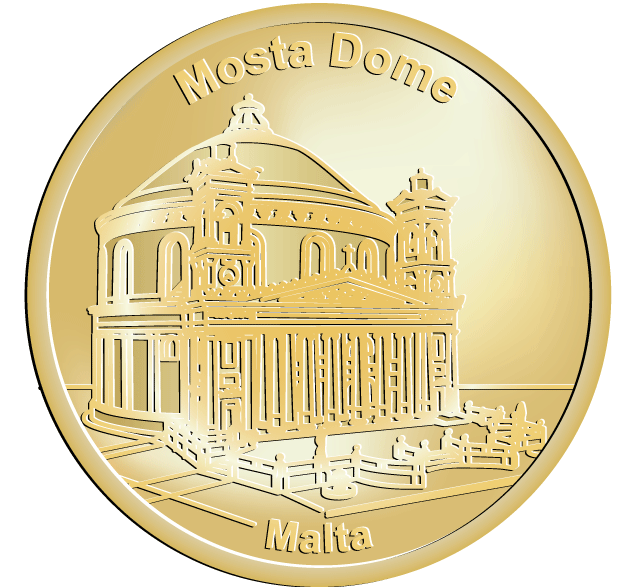 Mosta (or Il-Mosta) is a town situated in the middle of the island of Malta, to the north-west of Valletta. Mosta celebrates the feast of the Assumption every 15 August, popular among both the locals and the tourists. The main attraction in Mosta is the Rotunda – a huge round church with the third largest unsupported dome in the world dedicated to the Assumption. The church is also known as the Rotunda of St Marija Assunta. On 9 April 1942, the church was nearly destroyed during World War II. An Axis bomb hit the dome of the church but failed to explode. The detonator was removed and a replica bomb is now displayed as a memorial.