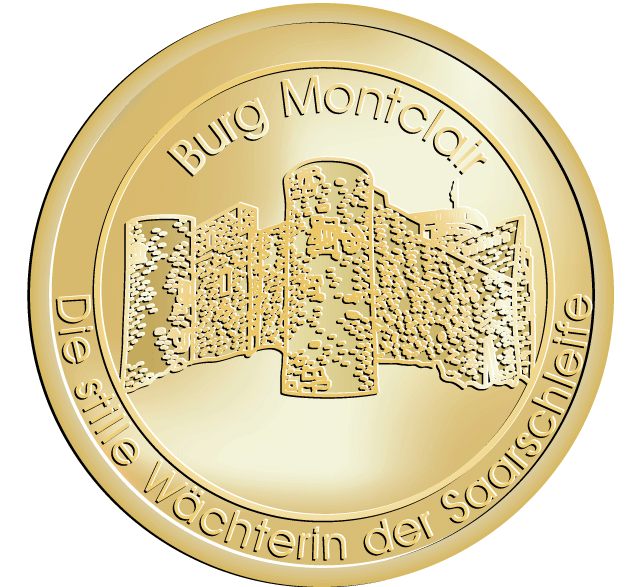 The steep cliffs that rise to the mountain ridge encircled on three sides by the Saar river have been a favourite site for fortresses since the 10th century. The ruins of the third and last Montclair castle, that you see today, were first built in 1439. It was erected by Arnold of Sierk, a grandson of Johan of Montclair, who was granted the construction permit for a fortified building by his feudal lord Archbishop Raban.The ruins of this last castle, built in the 15th century, passed over into the property of the administrative district of Merzig-Wadern in 1991. During the years 1992/93, the local government restored the ruins thoroughly and opened the complex to the public again. The castle cellar holds a museum that leads you through the history of Montclair and its two preceding fortresses.