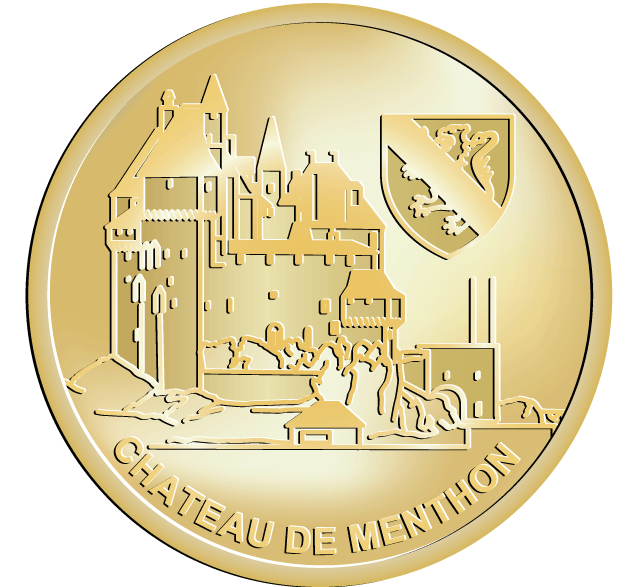 The Château de Menthon is a medieval castle located in the commune of Menthon-Saint-Bernard, 12 kilometres (7.5 mi) south of Annecy in the Haute-Savoie department of France. Standing on a 200 metres (660 ft) tall rock, its stone towers loom over Lake Annecy, the Roc de Chère National Nature Reserve, and Menthon-Saint-Bernard. Since 1989, it is listed as a monument historique by the French Ministry of Culture. The first fortress was erected in the 10th century, around 923; it was originally a simple wooden guard post, built on a promontory dominating the ancient Roman road and Lake Annecy. The present buildings were constructed between the 13th and 19th centuries. Bernard of Menthon (St Bernard), the patron saint of skiers, was born in the castle in the 11th century (1008). He later founded the hospice at the Great St. Bernard Pass and abbeys in the high mountains.