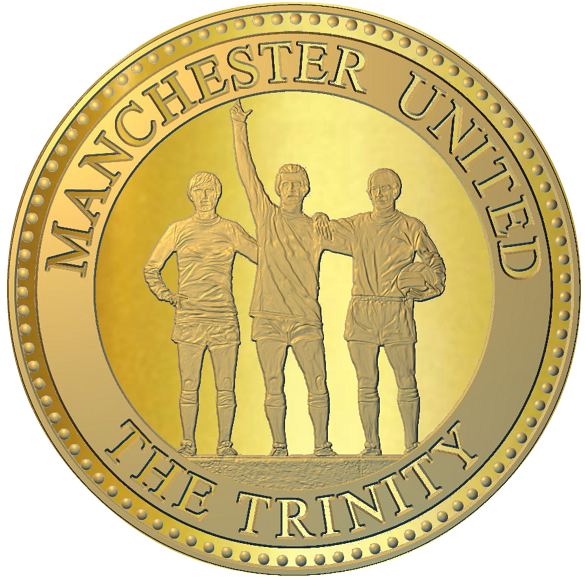 The Trinity – On 29 May 2008, to celebrate the 40th anniversary of Manchester United’s first European Cup title, a statue of the club’s ‘holy trinity’ of George Best, Denis Law and Bobby Charlton, entitled ‘The United Trinity’, was unveiled across Sir Matt Busby Way from the East Stand, directly opposite the statue of Busby.