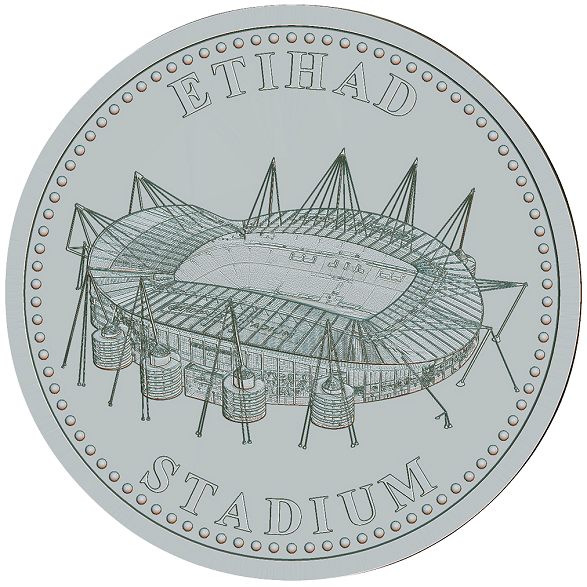 Manchester City Football Club is a football club in Manchester, England. Founded in 1880 as St. Mark’s, it became Ardwick Association Football Club in 1887 and Manchester City in 1894. The club’s home ground is the City of Manchester Stadium in east Manchester, to which it moved in 2003, having played at Maine Road since 1923.
Manchester City first played in the top-tier of the Football League in 1899 and won their first major honour with the FA Cup in 1904. The club’s most successful period was from 1968 to 1970, when it won the League Championship, FA Cup, League Cup and European Cup Winners’ Cup, under the management team of Joe Mercer and Malcolm Allison. After losing the 1981 FA Cup Final, the club went through a period of decline, culminating in relegation to the third tier of English football for the only time in its history in 1998. The club went on to win the Premier League in 2012, 2014 and 2018.