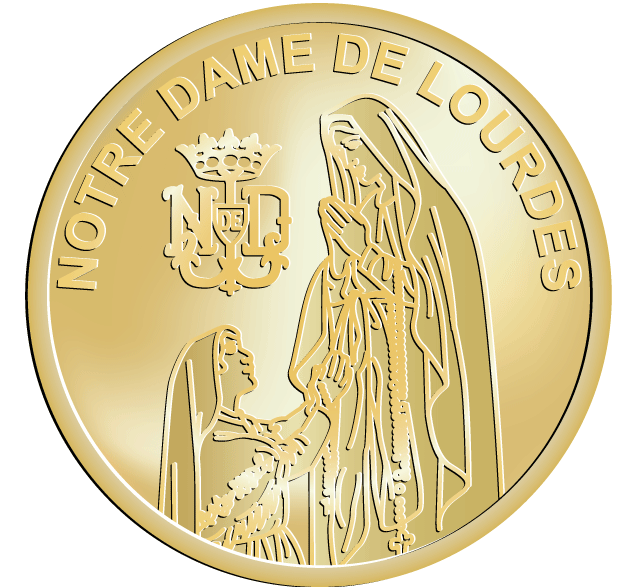 Lourdes is the largest Catholic religion pilgrimage location in France. It is situated in the south of the country in the foothills of the Pyrenees mountains, and has about 17.000 inhabitants.It is said that in February 1858 the Blessed Virgin Mary appeared to a 14-year-old girl called Bernadette Soubirous (now St. Bernadette) in the remote Grotto of Massabielle. A statue of the Madonna of Lourdes was erected at the site in 1864. Soon the previous chapel structure was replaced with a pilgrimage basilica. Bernadette Soubirous entered the Monastery of Nevers in 1866 and was canonised in 1933.Yearly from March to October the Sanctuary of Our Lady of Lourdes is the place of mass pilgrimages from Europe and other parts of the world. The spring water from the grotto is believed by some to possess healing properties, and the Roman Catholic Church has officially recognized 66 miraculous healings. Especially impressive are candlelight and sacrament processions.