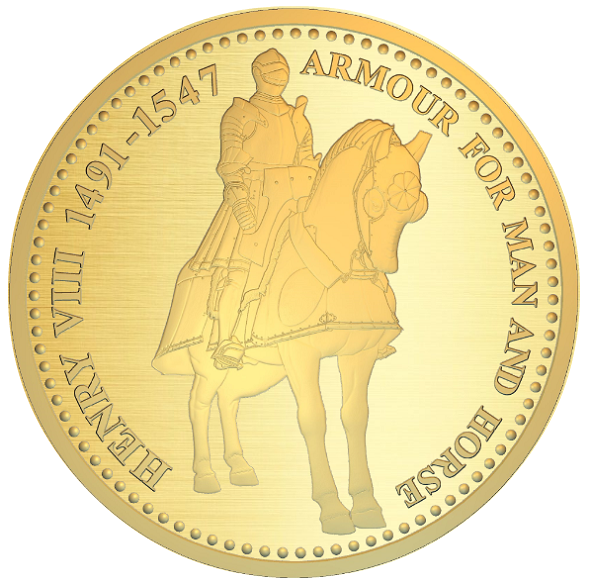 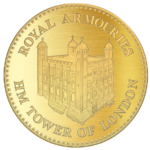 This armour was originally silvered and gilt, traces of the silver remaining. It is engraved and stippled with scents in the lives of St George and St Barbara, the patron saints of England and Aragon, and with roses and pomegranates, the badges of their royal houses. The steel skirt imitates the cloth ‘bse’ sometimes worn with armour at this time. It is ornamented along the lower border with gilt brass initials H and K, for Henry and his first wife, Katherine of Aragon, entwined with true lover’s knots. The decoration was carried out by the kind’s harness gilder, Paul van Vrelant, soon after his arrival in England in1 514. The armour for both man and horse is struck with armourers’ marks; the horse armour was made by Martin van Royn, who was Master Armourer at Greenwich by 1514. This parade armour was probably made for the Greenwich tournament in 1516.
Coin is available in the Royal Armouries, White Tower.