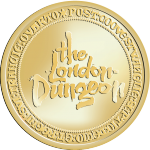 Henry VIII was King of England from 21 April 1509 until his death on 28 January 1547. Henry was the second Tudor monarch, succeeding his father, Henry VII.
Henry is best known for his six marriages and, in particular, his efforts to have his first marriage, to Catherine of Aragon, annulled. His disagreement with the Pope on the question of such an annulment led Henry to initiate the English Reformation, separating the Church of England from papal authority and appointing himself the Supreme Head of the Church of England.