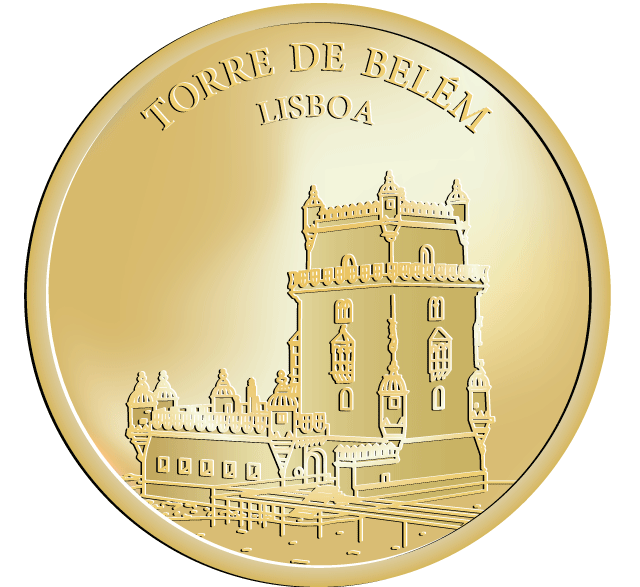 The Torre de Bélem (Belém Tower) is a fortified tower located in the Belém district of Lisbon, Portugal. It was built in the early 16th century in the Portuguese late Gothic style, the Manueline, to commemorate Vasco da Gama’s expedition. The Tower was constructed under supervision of military architect Francisco de Arruda, who had already built several fortresses in Portuguese possessions in Morocco. The influence of the Moorish decorative art is manifest in delicate decorations of the arched windows and balconies and in the ribbed cupolas of the watch towers. As a symbol of the King’s prestige, the decoration of the Tower of Belém displays the particular Manueline symbology – thick ropes surround the building, crowning it with elegant knots, armillary spheres, crosses of the Military Order of Christ and naturalistic elements.