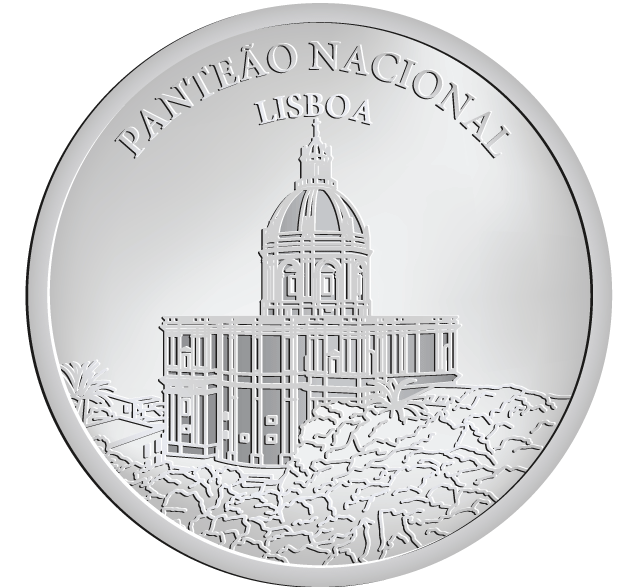 The Igreja de Santa Engrácia (Church of Santa Engrácia) is a 17th century monument of the city of Lisbon, in Portugal. In the 20th century the church has been converted into the Panteão Nacional (National Pantheon), in which important Portuguese personalities are buried.The current building of the Church of Santa Engrácia substituted previous churches dedicated to a martyr of the city of Braga, Saint Engrácia. The first church dedicated to the Saint was sponsored by Princess Maria, daughter of King Manuel I, around 1568. In 1681, building of the current church began after previous structures collapsed.The author of the new design was João Antunes. The church has a centralised floorplan with a Greek cross shape. The entrance to the church is done through a beautiful baroque portal with the coat-of-arms of Portugal held by two angels. The Church has a high central dome which was completed only in the 20th century.