LIMBURG AN DER LAHN – The Catholic Cathedral of Limburg 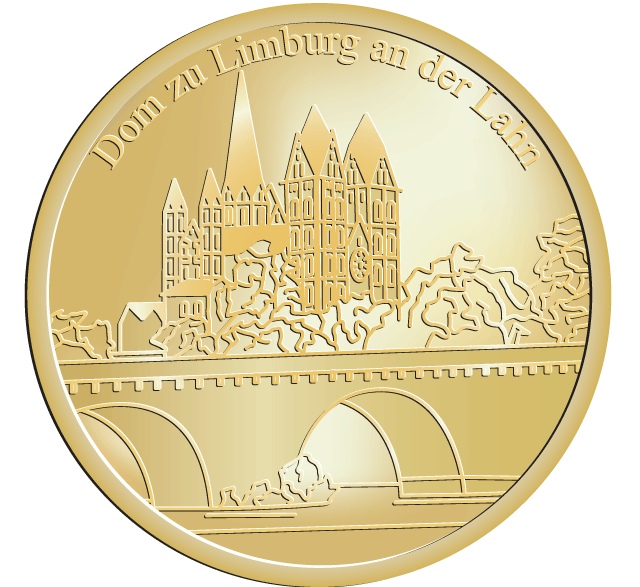 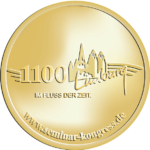 The Catholic Cathedral of Limburg, also known as Georgsdom or Limburger Dom in German after its dedication to Saint George, is located above the old town of Limburg in Hesse, Germany. Its high location on a rock above the Lahn provides its visibility from far away. The building is one of the most accomplished buildings of the late Romanesque style. The first church on the ‘Limburger Rock’ was built in 910 by Konrad Kurzbold. Inside today’s cathedral, the outline of the former church still can be found.The date of placing the foundation stone is unknown. However, investigations of the wood used inside the Dom give information about the period in which it was built. According to estimates, construction began about 1200, maybe as early as 1190. The consecration was in 1235 by Theoderich von Wied, the archbishop of Trier. The former monastery church of St. Georg was upraised in 1827 to be the Cathedral of the new diocese of Limburg. The first bishop of Limburg was Jakob Brand (1827 to 1833). The diocese has currently about 700,000 Catholics and is one of the younger dioceses. On Friday, February 2, 2007, Pope Benedict XVI accepted the age-related resignation of former Bishop Franz Kamphaus. Franz-Peter Tebartz-van Elst was named new bishop on November 28, 2007, and took office on January 20, 2008.