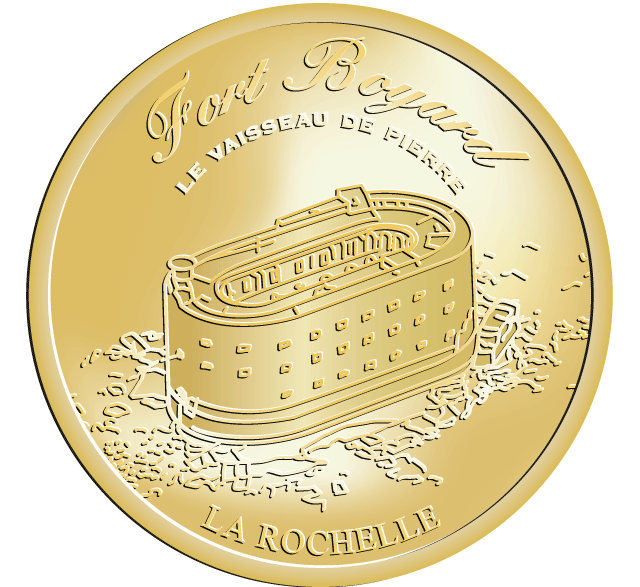 Fort Boyard is located between the île d’Aix and île d’Oléron in the Pertuis d’Antioche straights, on the west coast of France. The fort was started under Napoleon in 1801, in order to protect the coast from possible incursions by foreign navies. At that time, cannons only had a limited range, and the distance between the two islands of Aix and Oleron was too large to block the passage. Following difficulties in establishing a firm base the project was adjourned in 1809. Construction started again in 1837 under Louis-Philippe, following renewed tensions with Great Britain, and was completed in 1857.The fort is 61 meters long, 31 meters large and its walls are 20 meters high. By the time of its completion however, the range of cannons had markedly increased, making the fort unnecessary. Under the Commune, the fort was converted to a prison, before being abandoned a few years later. Since 1990, Fort Boyard has been used as the location for a television game show of the same name.