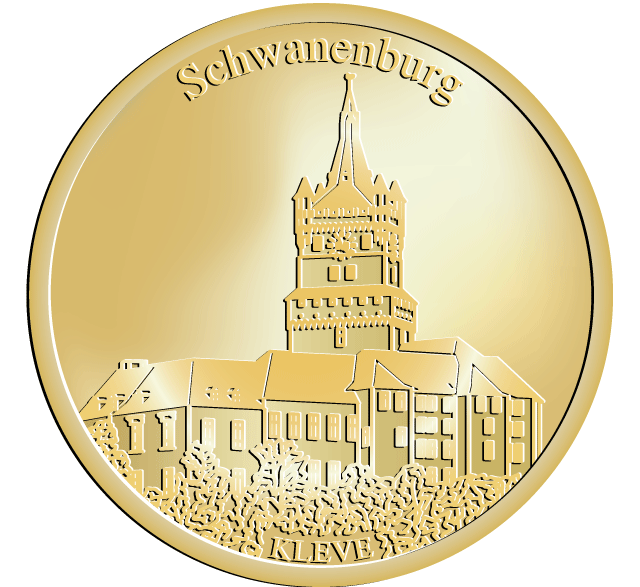 he Schwanenburg (‘Swan’s Castle’), with its 55 meters vast tower topped by a golden swan, is the town’s landmark of Cleves in Germany. The cities most famous native is Anne of Cleves (1515-1557), the wife of Henry VIII of England.The original castle was built in the 10th century on top of the hill around which the town later extended. The building was remodelled in a Gothic style in the 15th century, followed by a revamp in Baroque style in the 17th century. It was the former residence of the Duke of Cleves until the 18th century, when it fell in to use by the local government. In 1917 it served as a prison. Today it is again used for government purposes and the tower houses a museum of geology and the history of Cleve.The castle is associated with the legend of teh ‘Knights of the Swan’, immortalized in Richard Wagner’s Lohengrin.