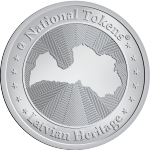 Jēkabpils has always been the crossroads of Zemgale, Latgale, Vidzeme as well as Sēlija regions. Only the river Daugava has remained unchanged since the old times – the River of Fate of our ancestors, waving 93 km through the city and district.
Jēkabpils was established at the beginning of the 17th century as a settlement of the Old Believers persecuted in Russia, so-called sloboda, on the left coast of the Daugava at Sala’s inn. Development of the city was facilitated by the barge route on the river.
Jēkabpils is a city with 123 protected history, culture, art and city building artefacts.